The Roqueta family’s experience in winemaking has been documented since 1199, with references to the Roqueta farmhouse, known as Masia Roqueta or Mas Roqueta, as it was called then.
The house is located in the township of Santa Maria d’ Horta d’Avinyó within the region of Bages. Nowadays, the farmhouse continues to display vestiges of centuries dedicated to winemaking, such as presses, stone vats, stone deposits and huts, as well as mills and barrels. 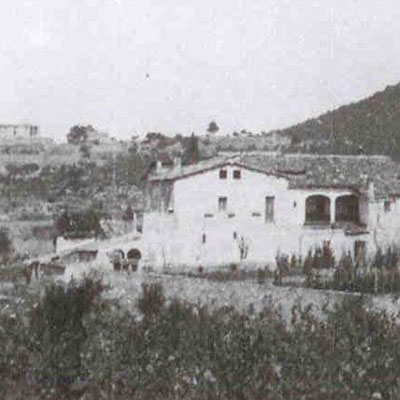 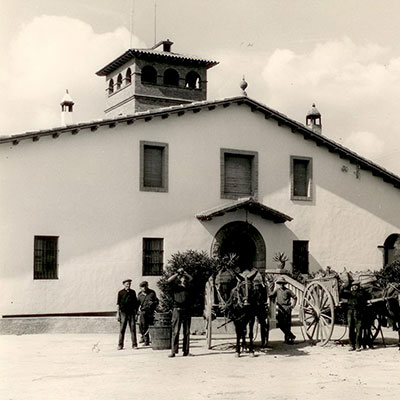 Mas Roqueta is one of the houses in the township of Horta that survived the Black Plague, the agricultural crisis and King John II’s wars which resulted in significant depopulation in the countryside. Documents that have been preserved state that in 1377 the estate was owned by Jaume Roqueta, who then passed it on to Pere Roqueta in 1407.
During the following centuries, the Roqueta estate and home remained in the hands of the Roqueta family and there are well-founded references to their winemaking activity. The Roqueta surname continues to this day thanks to the Law of Catalan Succession with regard to the “heir.”

In 1898, Ramon Roqueta Torrentó (1875-1938) laid the foundations so that his family’s activity would take on the dimensions of a business. He did this when he moved to Manresa, the capital of the Bages region, and he started to commercialize produce from his family’s farm, and this consisted mostly of wine and potatoes which were staple commodities at that time. It was the beginning of what is now known as Ramon Roqueta winery.
Ramon Roqueta was the first major driving force in the winemaking business in Manresa. He set up his business in different parts of the city until he built a new building on a street called Carretera de Vic, where he located the company's headquarters. 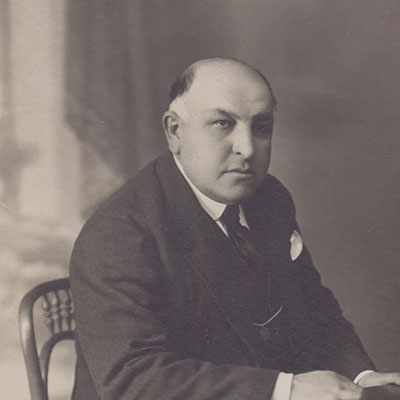 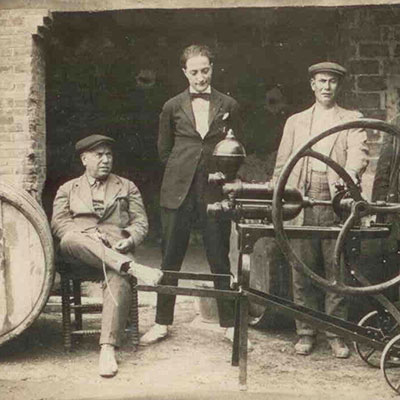 Ramon Roqueta Torrentó started to export wine by signing the company’s first contract for the sale of wine in France. The contract was signed by Establisements Vidals (Saint Fons. Rhone, France). They bought 100 barrels, 400-500L in size, of red wine with a volume of 11.5 to 12 degrees. This deal was made through the collegiate representative Mr. Jaume Ristol.
In line with the business founder’s commitment to business, from 1923 on, he was a member of various guilds for wine merchants. One of Ramon Roqueta Torrentó’s most significant roles was with the Wine Merchants’ Guild in Manresa where he was treasurer until 1927, the year in which he was appointed President of the Guild, and a position he held until 1936.

Valentí Roqueta Prat (1896-1979), who had been working since he was 13, took charge of the family business upon the death of the winery’s founder Ramon Roqueta Torrentó, and at a time in which the country was in the throes of the Civil War. This successor was responsible for modernizing the company. In 1953 Valentí Roqueta Prat built a large warehouse -in Carrer de la Sèquia-. It was used to house the bottling plant and other services.
In 1949 Ramon Roqueta Roqueta officially joins the business. 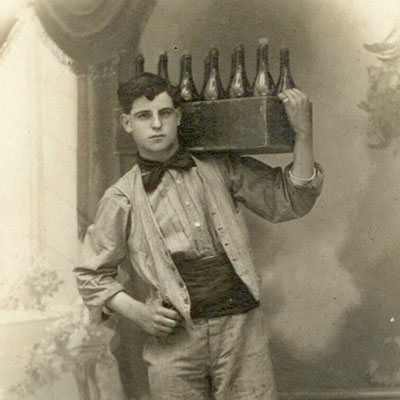 Valentí Roqueta Prat establishes the first “Distributors Convention” at the Roqueta premises in Manresa. He followed in his predecessor’s footsteps and began a long-lasting relationship with the Catalan Wine Association (Associació Vinícola Catalana), and he was also very active with the trade union movement in Manresa.
In 1960 started the first advertising campaigns that were designed to strengthen the brand's image.

The great vision that characterizes the winery continued to thrive and in 1963 Roqueta opened its first bottling plant, which meant that the winery no longer had to sell its wine in barrels nor in bulk, but in bottles.
The bottling plant was expanded in 1970. 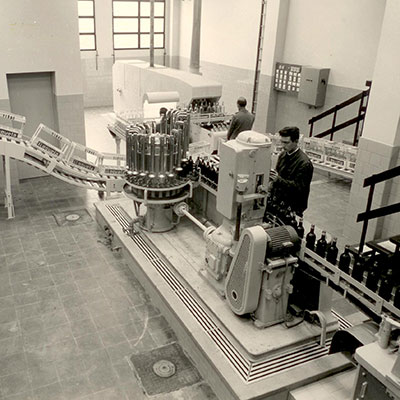 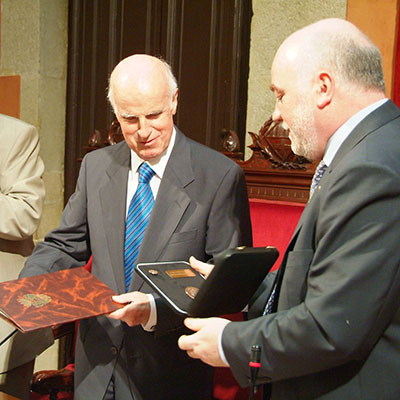 Ramon Roqueta Roqueta (1925-2018) took over as president of the winery. During his time at the forefront of the company, the winery went through a period of great expansion with regard to its brand and the establishment of a solid distribution network throughout the country.
He was very committed to the city of Manresa and thanks to his enterprising spirit, he served as Manresa City Mayor between 1975 and 1978, as well as President of Montepio de Conductores, an automobile association in Manresa. He was also a member of the board of the Catalan Wine Association (Associació Vinícola Catalana), where he was president between 1999 and 2010. He obtained several medals and honorary recognitions for his intense dedication to the world of wine, as well as the honorary Medal of the City.

To adapt the company to the demands of the times, the company set up Bodegas Roqueta, S.A., led by Ramon Roqueta Roqueta.
Roqueta initiated a new era to open up new markets. In 1980, the wines were showcased for the first time at the prestigious international food fair “Alimentaria ’80”, and in the Catalan fair for wine and cava, “Mostra de Vins i Cavas de Catalunya”, which is held in Barcelona. 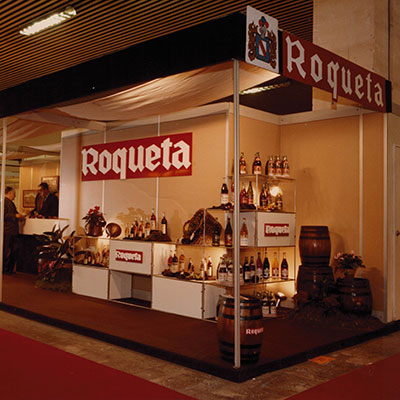 Valentí Roqueta Guillamet joined the company as its CEO. He initiated a phase of expansion by intensifying exports and by launching new products on the market, thus accentuating the winery’s modernization.
Valentí Roqueta has always been committed to his city, society and the country. He became involved in, and in some cases, presided over several entities and received numerous awards in recognition of his contributions. His most notable achievements have been within the wine sector, such as the promotion of the region of Bages with an end to obtaining the appellation of origin, or DO, Designation of Origin Pla de Bages, a feat he achieved while chairing the Regulatory Council from 1995 to 2015. Since 2014, he has also chaired the Catalan Wine Association (Asociación Vinícola Catalana). He was president of the Official Chamber of Commerce and Industry in Manresa from 1983 to 1986. In 1987, he was awarded the Gold Medal for Merit by the Superior Council of Chambers of Commerce, Industry and Navigation in Spain. In 2015, he was presented with an award for his outstanding career as a professional oenologist by the Catalan oenologists association (Associació Catalana d'Enòlegs).

Following in the footsteps of the original commercial winery that was founded in 1898, in 1983 Valentí Roqueta founded the Abadal Winery which was originally known as Masies d'Avinyó-Abadal. His goal was to return to the winery’s origins on the Masia Roqueta estate with an end to growing vines and producing top quality wines in the region of Bages. 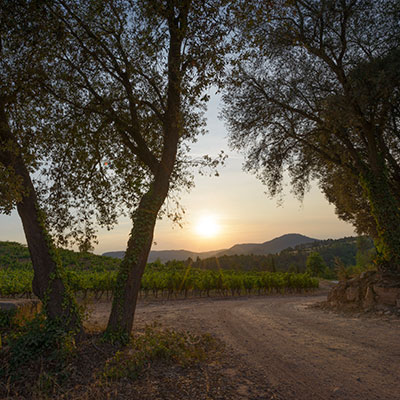 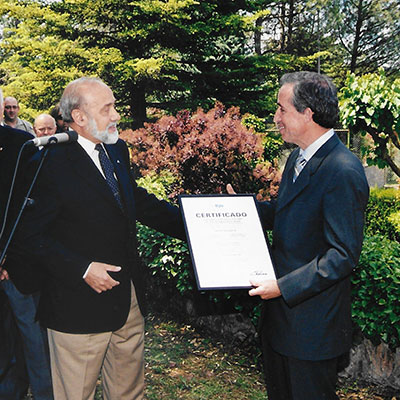 In 1994 the TÜV Rheinland company granted the Roqueta winery with the ISO 9002 quality certification. In 2006, the ISO 22000 certification was awarded to the winery, and it was the first company in the entire state to receive this stamp of quality.In 2010, Roqueta was awarded the IFS (International Food Standard) certification.

The Roqueta family celebrates a 100 year anniversary which honored the beginning of its commercial winemaking activity in Manresa. 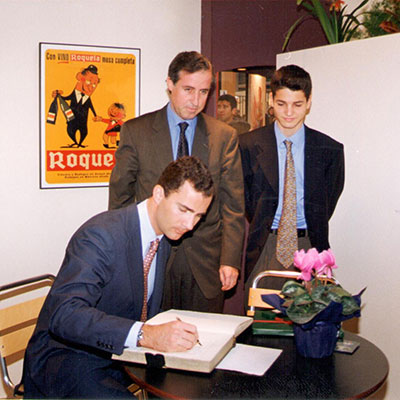 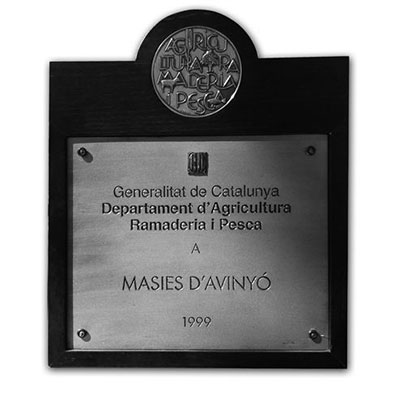 The winery inaugurated a bottling plant in Masies d'Avinyó-Abadal which was a highpoint and key to the winery's global winemaking project.
That same year, Abadal obtained the Catalan Agriculture Shield awarded by the Catalan government, the Generalitat de Catalunya.

In this year, the Crin Roja Winery was founded in Fuente Álamo in the province of Albacete. 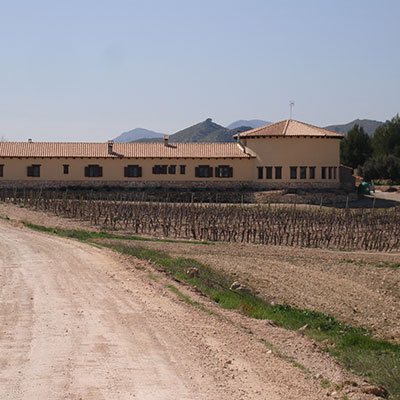 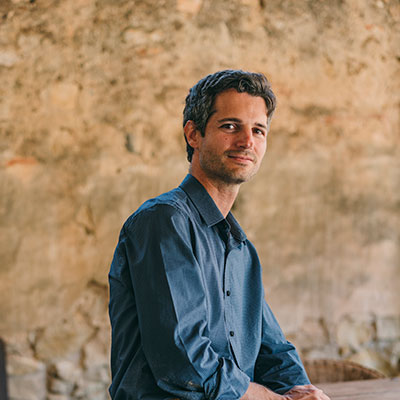 Valentí Roqueta Guillamet’s son, Ramon Roqueta Segalés, joined the family business. Like the generations that preceded him, he is very committed to civic and enterprising undertakings. He is an active member of several institutions, among them the Official Chamber of Commerce and Industry in Catalonia, the board of the Denomination of Origin Catalonia and the Catalan Wine Association.
In 2007 he starts his personal project at Terra Alta region: LaFou Celler, in Batea (Tarragona). In 2016, the Catalan Sommelier Association (ACS) awarded Ramon Roqueta "Best Winemaker of the Year".

With the birth of Roqueta Origen, a new business structure was established in which the Roqueta family’s wineries merged. 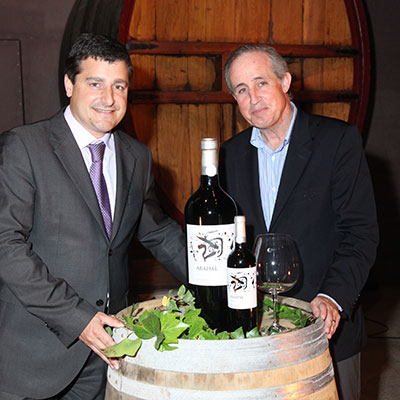 Abadal celebrated its 25th anniversary with the presence of Ferrán Adrià and the President of the Generalitat de Catalunya. To commemorate the year, a limited edition wine -Abadal 25 Aniversari- was prepared for the event and featured a label illustrated by the artist Joaquim Falcó.
That same year, the Catalan Sommelier Association (ACS) awarded Abadal “ Best Winery” of the year.

It is launched a line of reasearch research into the use of dry stone huts in a project called “Vi de Tina Mas Arboset”. It is part of an ongoing investigative venture called Paisatges 1883. 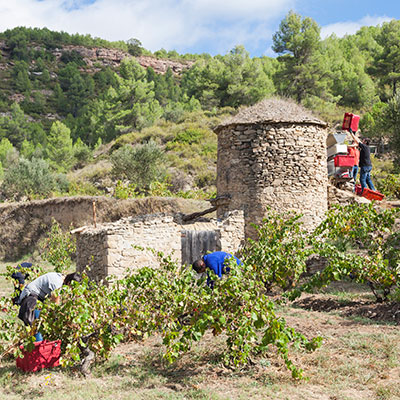 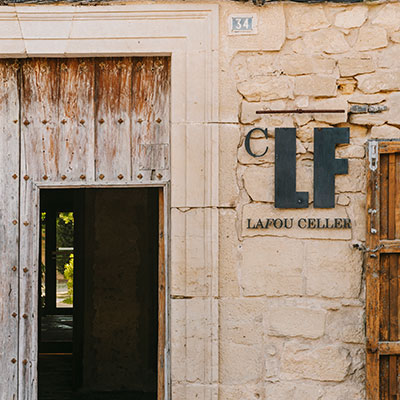 On June 7, 2013, the official inauguration of LaFou Celler winery took place. The winery’s headquarters are the result of an ambitious architectural project for the recovery and reconstruction of an old estate called Casa Figueras which is located in the old town of Batea. 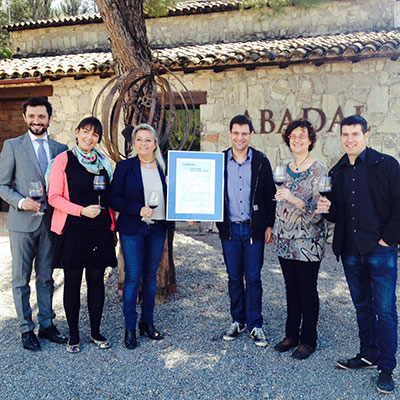 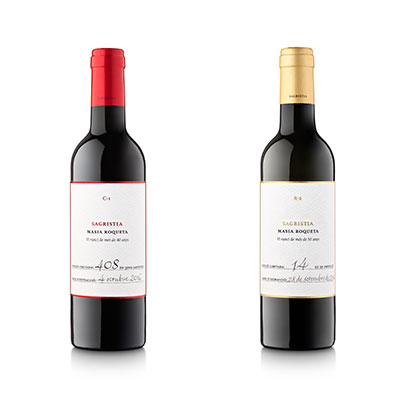 The Roqueta family launched a limited edition of "vi ranci", which the winery stores in the cellars of its 12th century farmhouse. This edition is commercialised under the brand name Sagristia. 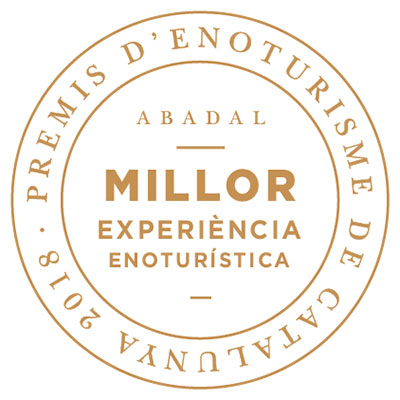 In 2019, the Massaluca project was launched. It is a new wine that evokes the essence of a village called La Pobla de Massaluca which is located in the Terra Alta region. 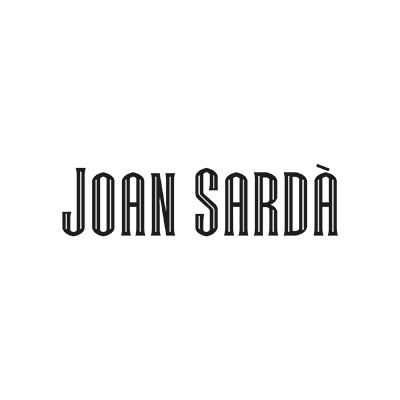 This website uses its own and third party cookies; therefore if you continue to browse and use this website, we consider that you agree to accept these cookies. You can change your settings or get more information by clicking here.